KICKSTARTER fulfillment is nearing an end! Sign up for our newsletter to be notified when the Kickstarter rewards go public in the store!! 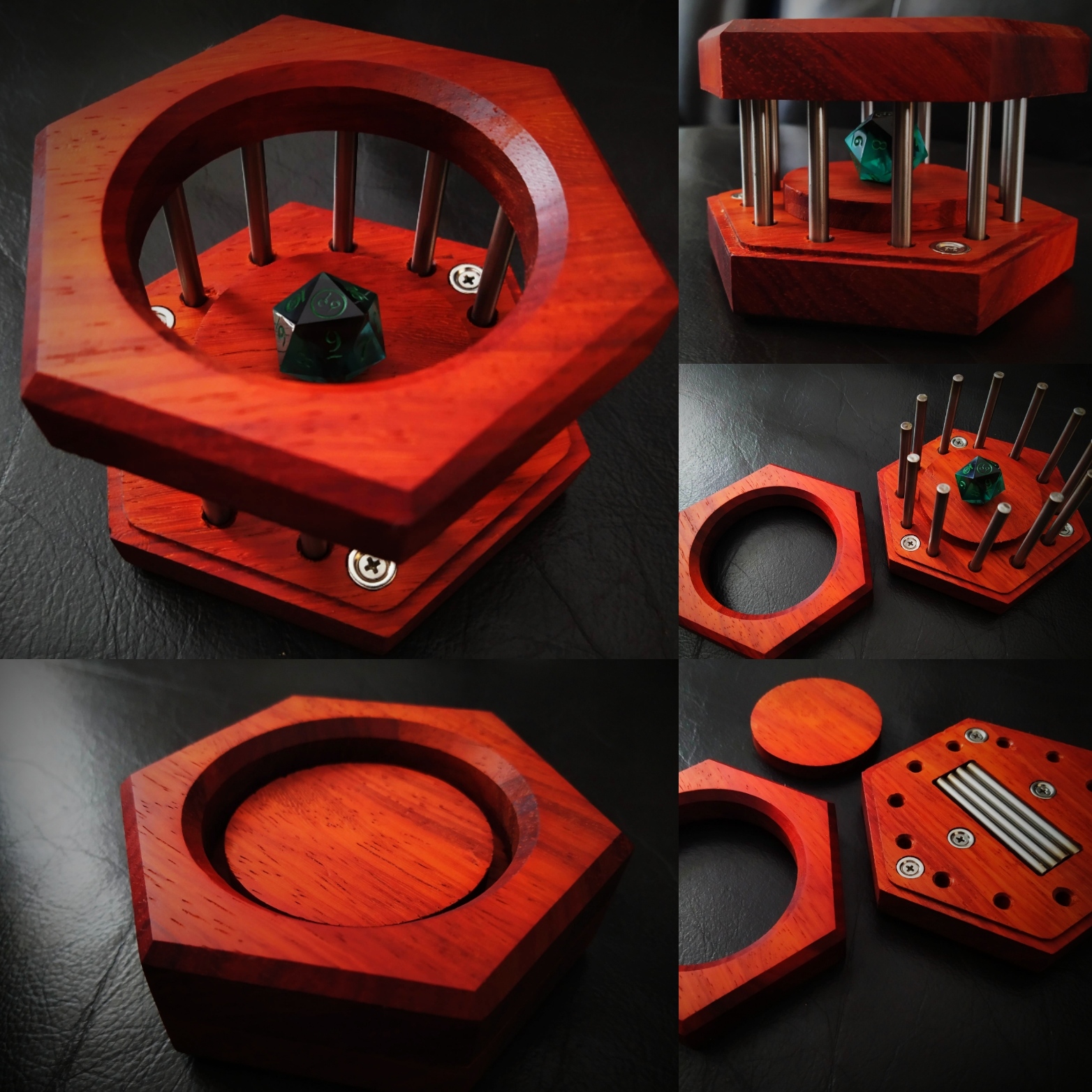 A Dice Jail is a concept used in tabletop roleplaying games such as Dungeons and Dragons (D&D), where dice that roll poorly or cause negative consequences for the player characters are put aside and not used for subsequent rolls. This practice is often used as a humorous reference to dice superstitions, which can involve attributing malevolent intentions to dice that roll poorly. However, some players may also use a dice jail as a way to try to cultivate a collection of dice that roll well by isolating dice that roll poorly.

It is generally seen as a reference to dice superstitions, and is more common among players who have large dice collections. However, it is important to note that the most likely roll on a die is usually the roll it has made before, due to the potential imbalance and unfairness in the manufacturing process of dice. As such, in theory, dice that roll poorly may be more likely to roll poorly in the future, and isolating those dice may be a way for players to try to improve their chances of rolling well.

If you are tired of your dice causing negative consequences for your character in tabletop roleplaying games like Dungeons and Dragons (D&D) and you want to find a way to improve your chances of rolling well and increase your enjoyment of the game: It might be time to invest in a dice jail!

A dice jail is a small container or tray specifically designed to hold dice that have rolled poorly and are no longer used in the game. It is a simple yet effective way to isolate these dice and ensure that they are not used again, at least for the duration of the current session. By removing these poorly-performing dice from play, you can potentially improve your chances of rolling well and increase your chances of success in the game.

There are different ways to isolate dice. One way is to simply to mindfully roll different dice, avoiding instead of the offending dice. Another way, is to use a actual barred dice jail as an actual in-game aid, either handmade or bought as a novelty. It serves as a place to physically store and isolate dice that have been put in “dice jail”. Our dice jail, The Brig, is a collapsible, wooden dice jail with stainless steel bars.

It is worth noting that using a dice jail, or any other means of punishing dice for rolling poorly, is not absolutely for playing D&D or any other tabletop roleplaying game. The randomness of the dice is an integral part of the game and helps to create a sense of uncertainty and unpredictability that adds to the excitement and challenge of the game. Ideally, players should focus on strategies and tactics that will help their characters succeed in the game regardless of the results, rather than punishing their dice for poor rolls. Having a dice jail merely gives the player the feeling of control in a situation where dice will roll randomly.

While a dice jail can be a humorous reference or a creative way to store misbehaving dice, it is not a necessary tool for playing D&D or any other tabletop roleplaying game. Additionally, there are other tools and accessories that can be helpful for players, such as dice trays or dice boxes to keep dice contained and organized, dice towers to help ensure fair and random rolls, or miniature storage boxes for storing  hero mini.

My players and I enjoy the concept, and the feeling of putting a die back in it’s place when it misbehaves. Whenever we have a particular die that starts giving repeated bad rolls, they get sent to The Brig for re-education! There’s something about having a physical jail on hand to really push the experience!

There’s many times we see our fellow players get frustrated with their rolls and suddenly, in the distance you hear that familiar sound of the dice hitting the base of the jail. It’s at that moment you see the player admit defeat and accept that their “lucky d20” just isn’t hitting tonight. They pull out a fresh one…maybe it hits, or maybe it Nat 1’s as well. A dice jail is a great way to separate the bad dice from the ones that tend to roll “in your favor”.

To see our collapsible Dice Jail offering, see the link below:

Dice Boxes – Why You Should Consider A Wooden Dice Box

Dice Boxes – Why You Should Consider A Wooden Dice Box 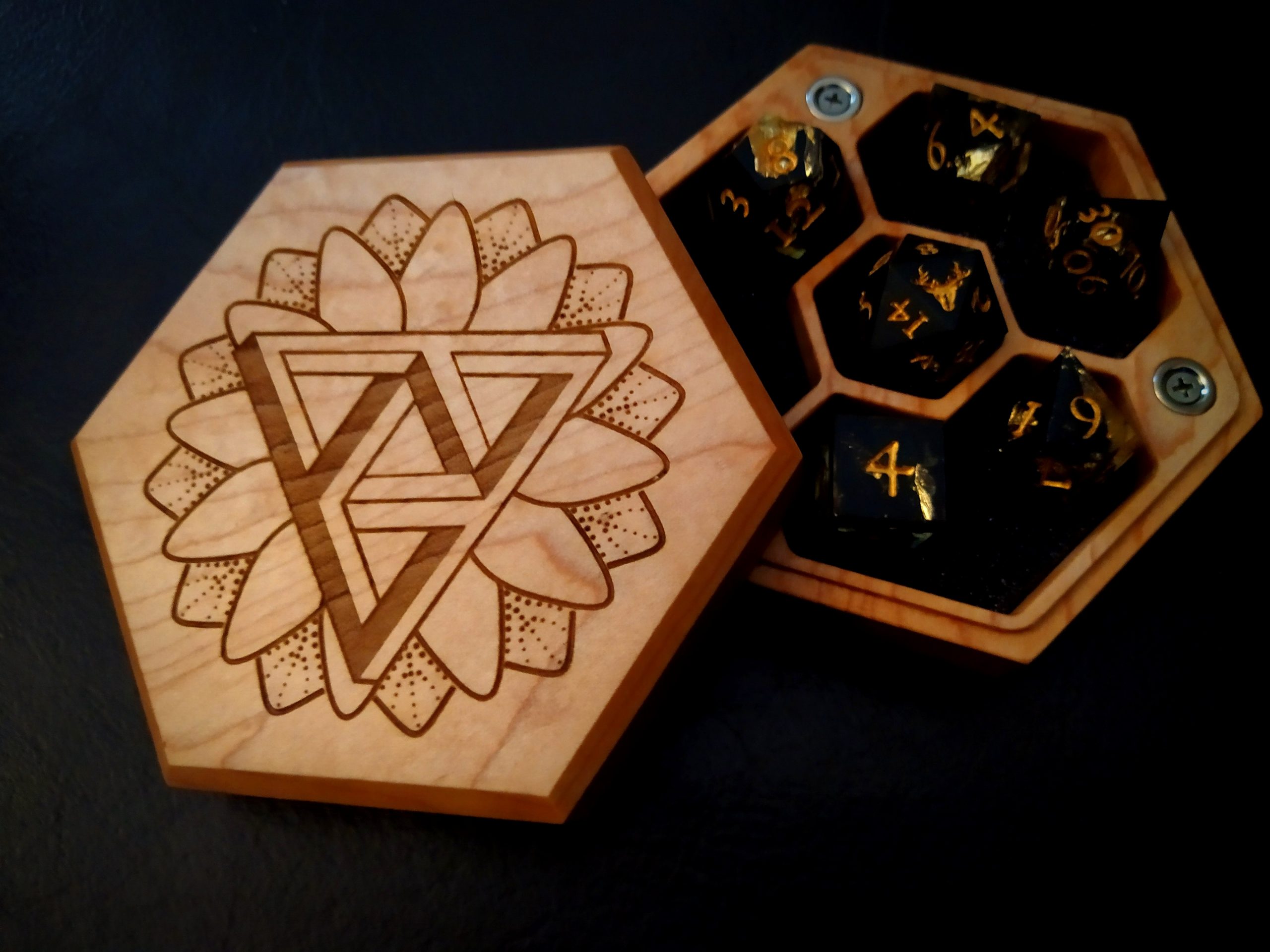 First of all, let’s start by discussing the importance of dice in tabletop games. Dice are an integral part of many tabletop games, and they play a crucial role in determining the outcome of a game. Whether you’re playing a board game, card game, or role-playing game, dice are often used to add an element of chance and randomness to the game.

With that in mind, it’s important to take good care of your dice to ensure that they remain in good condition and roll accurately. One way to do this is by using a wooden dice box to store your dice.

So, why should you use a wooden dice box to store your dice? Here are a few reasons:

So, if you’re a tabletop gamer looking to take good care of your dice and keep them organized and protected, a wooden dice box is a great choice. Not only will it help keep your dice in top condition, but it will also add a touch of style and personality to your gaming setup. Plus, with the many different styles and designs available, you’re sure to find a wooden dice box that fits your personal taste and needs.

To see our line of Hexagonal Dice Boxes, click the links below!: